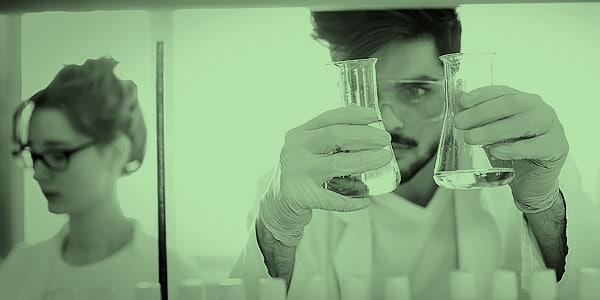 For at least the past nine years, pharmacy schools have struggled with double-digit rates of attrition. The attrition rate for the class of 2017 according to the American Association of Colleges of Pharmacy was 12.1 percent (read ).  With concerns about high levels of student debt and the importance of maintaining high rates of normal progression, students who fail to graduate or fail to graduate pharmacy school on time represent a significant burden for the students, for their families and for the schools and colleges of pharmacy whose mission is to prepare the next generation of pharmacists:

Broadly speaking the Pharmacy school’s mission is to “develop[] in the graduate the knowledge, skills, abilities, behaviors, and attitudes necessary to apply the foundational sciences to the provision of patient-centered care.” *  The graduate is expected “to develop, integrate and apply knowledge from the foundational sciences … to evaluate the scientific literature, explain drug action, solve therapeutic problems, and advance population health and patient-centered care.” **

Like other graduate-level health professions, the pharmacy school curriculum is demanding. To help meet the challenge of supporting new students at a time when the applicant pool is declining, Exam Master is partnering with several schools of pharmacy to develop a pre-matriculation success program for newly-enrolled pharmacy students. The aim of this program is to make sure new pharmacy students have the foundational knowledge in the key subjects and topics they need to be successful in their first year of pharmacy school and beyond. The program starts by assessing new pharmacy students in the pre-requisite subject material (e.g. organic chemistry, biology, physiology, etc.) that is typically required as a pre-requisite for admission to pharmacy school, and are supposed to know before starting their first professional year. The initial comprehensive benchmark assessment is then followed up with a series of subject modules that the new students work through at their own pace either prior to the start of classes or during their first semester. Each of the learning modules has been carefully developed and reviewed by pharmacy educators to ensure that key learning objectives are identified and covered by the course material.

In recent years both the health care system and the higher and graduate educational systems in the U.S. have adopted the mantra “evidence-based” as the guiding principle to determine when and how interventions should be undertaken to improve outcomes. Without evidence that something works, promotes a measurable and desirable outcome, there is little appetite for its adoption in either care or an educational context. Exam Master’s pre-matriculation program will offer a rich opportunity for schools and colleges of pharmacy to support their new students, measure program outcomes in an evidence-based manner, and see how a carefully developed pre-matriculation program can and will make a difference in terms of helping pharmacy students succeed.

We use cookies to ensure that we give you the best experience on our website. If you continue to use this site we will assume that you are happy with it.OkPrivacy policy